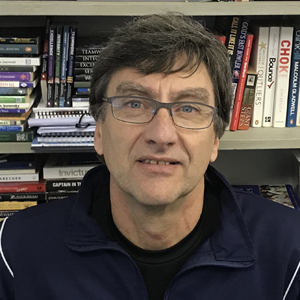 Christo Spies is a former South African Springbok athlete who received the State President’s Award for his sporting achievements. After his retirement from competitive sport, he has spent over 15 years working with coaches and elite sport teams as a Mental Conditioning Coach, seeing first-hand the pressurized world of sports and the highs and lows of coaching. He developed a mental conditioning system that primarily used what the 3D Coaching framework refers to as 2nd and 3rd dimension strategies. His clients included professional golfers, Olympians, Paralympians as well as individual national and international athletes from numerous sporting disciplines. He has been the mental conditioning coach for the Cheetah Rugby team who won the premier rugby league in South Africa and competed in New Zeeland and Australia. He also worked with the Natal Dolphins cricket team when they won the South African T20 cup and competed in India. The Lightning Roses, an elite netball team also won the national title while he was working with them. He now applies his knowledge and experience to focus on developing and serving coaches to become 3D coaches.

Christo is a regular speaker at conferences and workshops and has worked with many South African schools and companies as a mental toughness specialist.