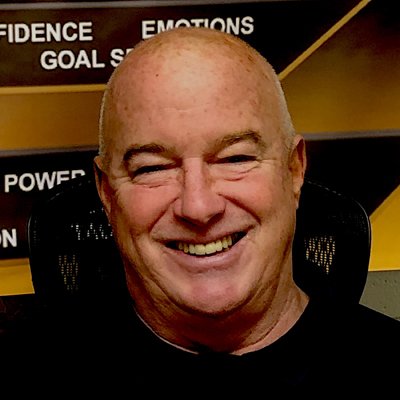 Coach Thomson is a transformational speaker who motivates, inspires, serves and supports Coaches, Athletic Directors, Teams, Athletes and Parents in developing a 3Dimensional culture. He has spent the last 41 years coaching and training leaders of sport and business in both the private and public sectors. Joe is a certified 3Dimensional Coaching presenter and trainer through Dr. Jeff Duke and the 3D Institute.

Coach Thomson was recognized as a Basketball Coach of the Year three times during his tenure in Delaware, the State of Delaware AD of the Year in 2012 and the Delaware 3D Coach of the Year in 2011 for impacting and assisting coaching and athletic leadership building 3Dimensional Coaching cultures. Joe graduated from DeSales University in 1975 where he played collegiate basketball for three years. and attained his MBA from Widener in 1981. Upon graduation Joe worked his way up to become the Head Basketball Coach at St. Mark’s HS in Newark, DE. He left the coaching and education world in 1982 to enjoyed 23 successful years in the corporate world. However, he was able to follow to his own true personal transformation purpose and became an AD and Head Basketball Coach in 2005 and today he still enjoys coaching and working in the 3Dimensional development of many organizations in the Delaware community. Coach Thomson’s coaching experience includes: 10 Years of Head Coaching Boys Basketball at three schools – St. Mark’s, Sussex Tech, and Wilmington Christian, 3 years of College Coaching as an assistant at Wesley College and the Character Coach for Wesley College Basketball. He is currently the Assistant Director of Athletics at Wilmington Friends School. Joe also is responsible for the Professional Development and Training for the Athletic Directors in the State of Delaware. Coach Thomson enjoys bringing the 3D message through his motivational messages and utilizes coaching and business experience to transform Coaches, athletes, leaders and culture.

Joe and wife Donna have two sons, Jay and Mark and four grandchildren (Hannah, Ryan, Alex and Gabriel) and lives in Wilmington, Delaware.